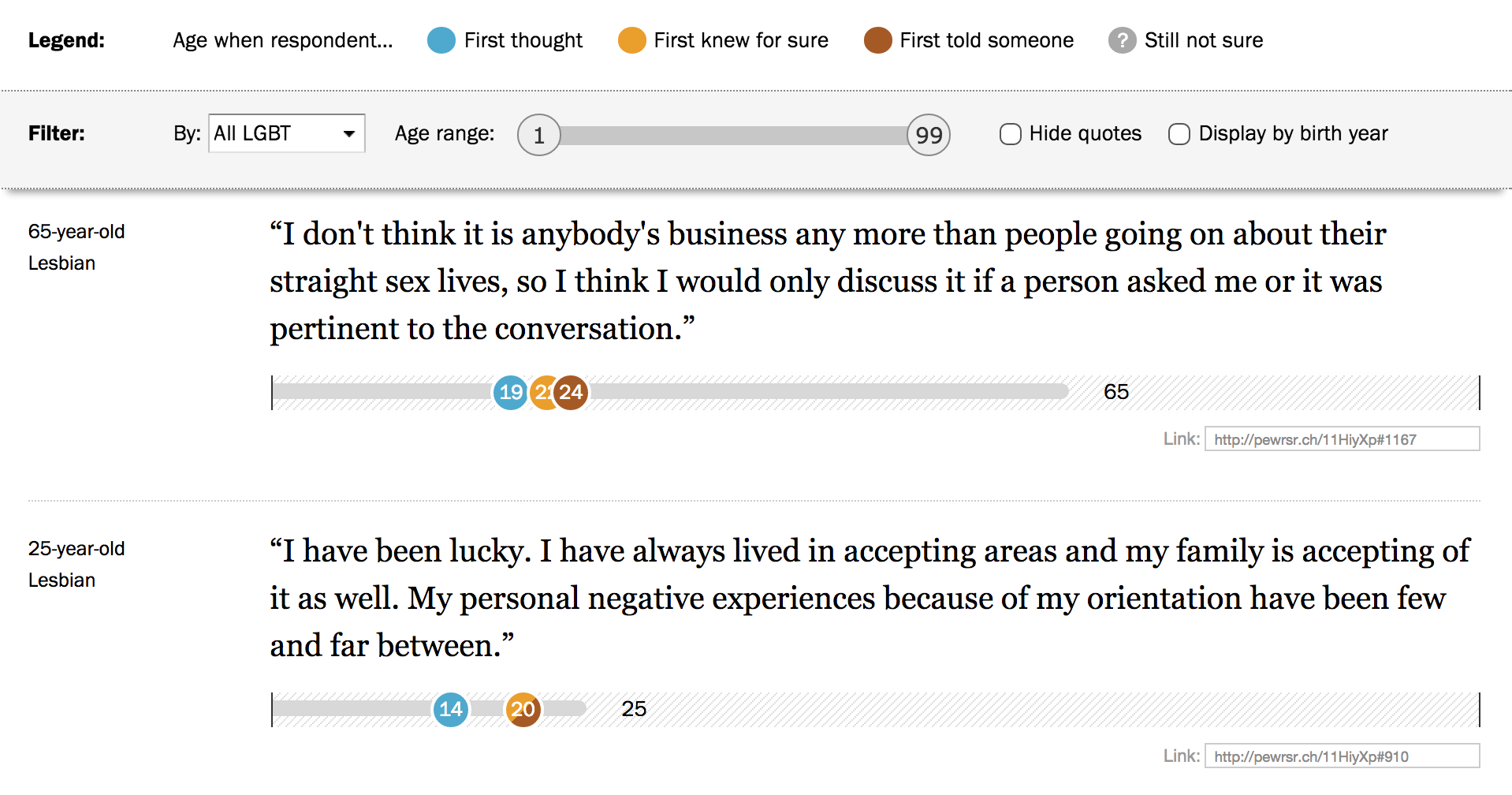 In June 2013, the Pew Research Center released the first in depth survey of the LGBT community in the United States. As part of this, respondents were asked to describe their “coming out” experience as an open end response.

We wanted to provide these responses, but also noted that they became more meaningful when understanding their context. Specifically – at what age did the respondent “come out” or in which year did this occur.

To accomplish this we paired the open end with a timeline for each respondent. The data may be filters by any reference point.

Additionally, to reduce the weight of page load, we programmed a small API that would allow us to add quotes with an “infinite scroll” technique (although, you are able to reach an end).