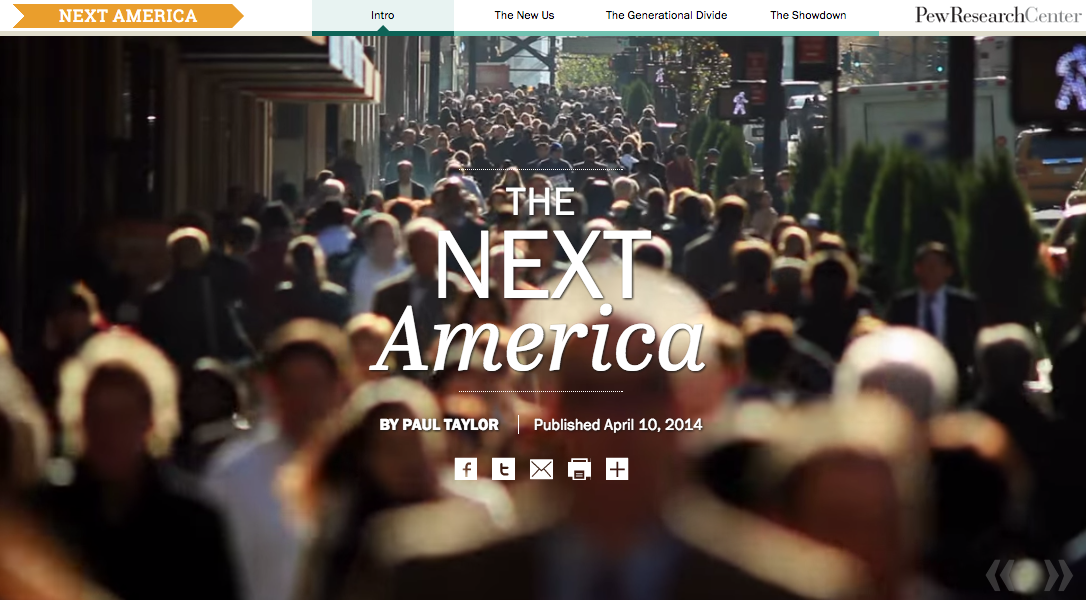 The most ambitious project we tackled at the Pew Research Center was Next America. It served as an accompany piece to a book of the same name authored by our Vice President.

Profiling the demographic future of America takes many factors into account, and thus the topics we covered were all over the map. We broke up the narrative to users could easily jump from one section to the next.

In order to encourage them to scroll through the project, we used a jQuery plugin called Waypoints to draw our charts when they entered the viewport. Additionally, we used the YouTube API in order to make our pull quotes interactive.

We received tremendous response for this project, including tweets from industry leaders: