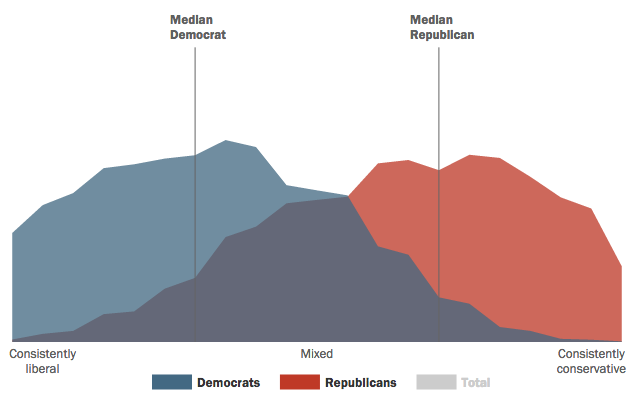 The most groundbreaking research of 2014 at the Pew Research Center explored growing political polarization in the United States.

In a massive phone survey they asked respondents to choose ‘which statement best represents your view’ on a series of ten questions. The same questions had been asked several times since 1994, allow us to show how the distribution had molded since that time.

“Molding” was a primary objective in building this interactive; and achieving that was an obstacle we had to overcome. But the results were better than the researchers had imagined and let to the interactive being featured in the New York Times Upshot blog, Politico, and the Washington Post (twice) to name a few.